In the song Party in the USA, Miley Cyrus tells the story of visiting a foreign, exotic land known as Los Angeles. For a girl from Nashville, Tennessee, she makes it clear from the first line of the song that this change induced a great deal of stress. She wonders immediately, “Am I gonna fit in?” Her worry about fitting in induces physical symptoms of stress and anxiety, such as the proverbial “butterflies” or a queasy stomach. However, when a Jay-Z song plays on the taxi’s radio, Miley’s anxiety symptoms “fly away.” So, why does the song have this effect on Miley? Well, effectively, you might say that the song is a routine that brings transports her back to Nashville and instills the comfort and confidence associated with a familiar place.

Miley continues with her story. She describes similar feelings when she shows up at an L.A. party in sneakers when everyone else is wearing high heels. Again, she feels nerves and nausea in an unfamiliar situation. However, when the Britney (Spears) song comes on, all of her worries float away. She puts her hands up, starts to dance and the world is right. Looking different from the other partygoers no longer matters because she’s brought back to a place of comfort, a routine if you will.

So, what is a routine? One version of the dictionary definition is “an unvarying and constantly repeated formula… convenient or predictable response” (Dictionary.com, 2019). One version from the psychological research is, “a repetitive action that resembles the cyclical performance of a machine” (Avni-Babad, 2011, p. 224). In both instances, a routine is formulaic in nature and in some ways, cold and unemotional, as if a machine were being personified. I believe this is easily relatable to sport and performance as individuals generally want to execute without being overcome by thoughts and emotions.

So, how do routines help combat stress and anxiety? Familiarity seems to be critical when connecting routines to positive feelings. One study suggests that “recognizing an external stimulus as familiar makes it unharmful” (Avni-Babad, 2011, p. 225). In this case, the familiar songs are the external stimuli that bring comfort to Miley and allow her to relax and regain confidence in these stressful, unfamiliar situations. While it is not stated explicitly in the song, it is probably safe to assume that Ms. Cyrus feels familiarity from the music that she hears because she frequently listens to this music in a variety of circumstances. Research has surmised that positive feelings are increased by repeatedly experiencing a particular stimulus (Avni-Babad, 2011).

The Party in the USA lyrics make it clear that the protagonist is not actually choosing to play these songs to sooth her nerves. Rather, she stumbles into the music as a source of comfort. Nevertheless, the lyrics identify that an individual recognizes the effect of music on one’s thoughts and feelings in the moment. So, how can Party in the USA be instructive for performers seeking to understand how routines may be able to help them?

By nature, performers are vulnerable in competitive situations because of lack of control, both perceived and actual. This lack of control along with the external pressures of competition create uncertainty and more fundamentally, a lack of safety. “Safety precedes confidence, comfort, and well-being, and there is a conceptual linkage between these feelings” (Avni-Babad, 2011, p. 226). Thus, a routine allows performers to gain a sense of control by creating a sequence of behaviors that are repeatable and familiar in a time of uncertainty.

Research on pre-performance routines, which might include pre-practice, pre-game, pre-race, pre-shot (e.g., golf, basketball), and pre-pitch (e.g, baseball, softball) routines, demonstrates that such routines have a positive effect on performance (Cotterill, 2010). Many explanations exist as to why pre-performance routines are beneficial. Ultimately, I believe it boils down to keeping the performer focused on the task at hand and avoiding external distractions that do not matter in the moment. Or, as in the case of Party in the USA, it might be said that the song and the good vibes that go with it are the same regardless of where the party takes place. 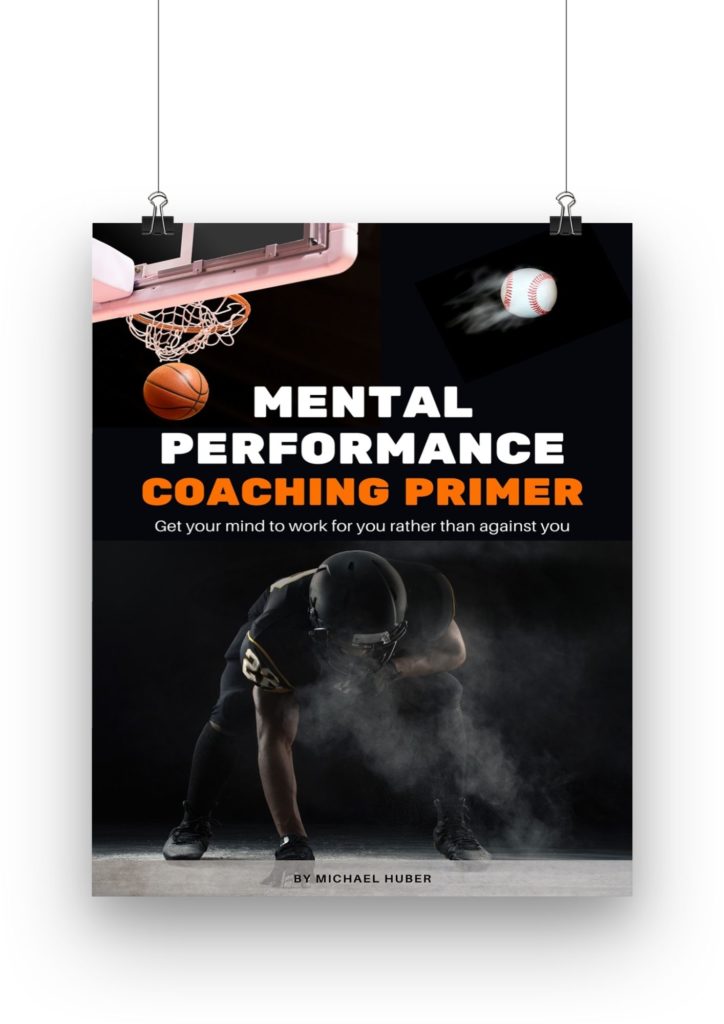 ENTER YOUR DETAILS BELOW TO CLAIM YOUR FREE E-BOOK